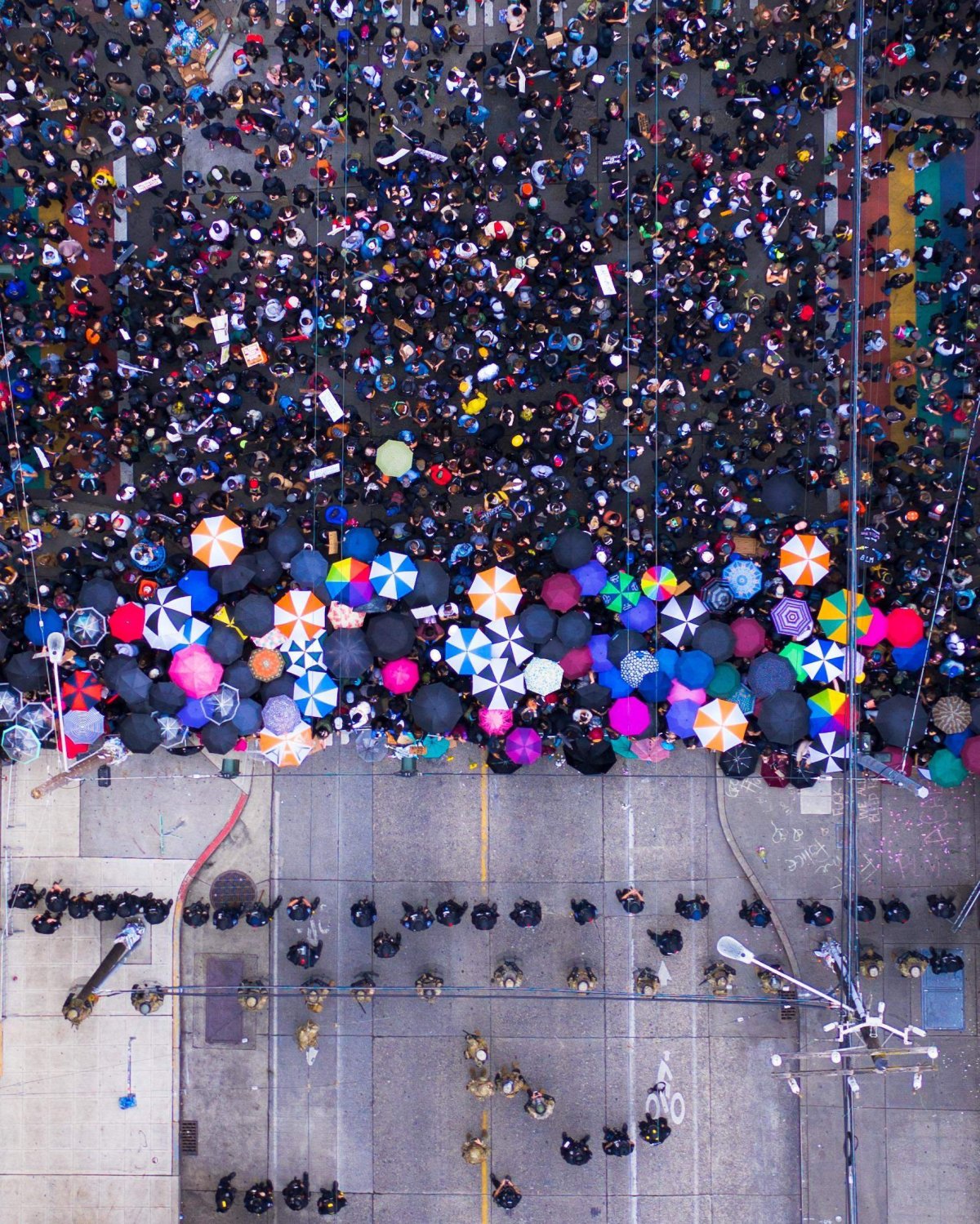 “Where the fuck have you been, mija?” Æ asks.

I say, “Listening and watching.”

“I hear you. I see you. I love you. It is not okay what happened to George Floyd. It is terrifying and unthinkable. It is not okay to avoid things simply because you can and because they are uncomfortable to consider. It is not okay to only talk about it after something bad happens. There is a historical and systematic occurrence of the institutions existant in government that both subtly and not so subtly oppresses people of color. There does exist white privilege and it does not mean white people do not suffer. It means white people can pass in the system and get a pass easily.”

“I know little, but there are five incidents that I escaped completely untouched in Alabama specifically because I was a sweet, little white girl. I played that card on white cops, DEA agents, and state troopers. It worked like a literal, magical charm. I should have been arrested each time for committing a non-violent crime. I was never even taken into custody, merely let go immediately with an almost appreciative “you naughty minx, bad girl” grin of faux consternation.”

“So, I used to think it was because I was so effing smart. Now, I think it’s because they knew arresting me was a waste of time. Hard for a jury to convict. I could be the daughter of someone influential who would get me out of trouble immediately and potentially make a fuss at the enforcement officers. Because, that’s how it works in the Old Boy Network of The Deep South. They don’t see me as a threat. I look a lot like their daughters and sisters. I could be their sweet, little wifey. My power comes from looking powerless.”

“You’re boring me. Stop making it about you and your experiences.”

“It embarrasses you to try and talk about this doesn’t it? You’re terrified your precious ‘eloquence’ will betray you and reveal your ignorance, however well intentioned.”

“Yes. It is true. But, Killer Mike suggested looking into Jane Elliot. So, I did. And, I realized dialogue is more efficacious than silence and thus it is necessary. Being embarrassed is instructive. Also, I have the option of avoiding the scrutiny by being silent. Some people cannot avoid scrutiny when they leave their home or turn on their television. I have nothing to lose but vanity and I wish to be disabused of it.”

“I feel stupid as I stumble. I’ve purposefully been silent because of the fear of coming off as self-righteous.”

“So why open your mouth now?”

“Because, I can think of nothing else. Because, I feel powerless to actually affect change. Because, writing about anything else feels obsequious and inauthentic.”

“So what are you gonna do?”

“Well, I’m going to begin by talking about it as best I can.”

“Have you bothered to listen to the organizations people mention?”

“What about organizations local to you?”

“I have not looked into them.”

“What of your country’s fearless leader?”

“Oh? President dufus? I think he is an unwell, insecure man living out his private fantasies of narcissistic grandeur at the expense of everything that the American Experiment aspired to be. I think he is an inflammatory liar and I’m acutely concerned he will manage to take the 2020 election despite and in spite of the popular vote again.”

“Say what you mean.”

“I think the affluent see this country and its people as little more than a commercial entity whose citizens exist to make them richer and more powerful.”

“Blahblahblah. Write up what you wrote the night the Minneapolis’ Third Precinct burned?”

“Why? It’s nothing more than stream of consciousness. The only audience was me.”

“Because, you need to remember that feeling.”

Emantic Bradford Jr. (whose father was a police officer)

One thought on “Makes me wanna holla (i)”