Specks of light energized into existence out of the boundless emptiness of complete darkness: to be born, love, and die.

A spiral created by dragons swallowing their own tails.

A spiral of snakes biting their own tails.

Darkness birthed from the prevalence of utter light: born of sight, growing into blindness, and forgetfulness.

Let me tell you what will be before it becomes.

A lady of the canyon sans the initiatory beads.

Her ridiculous enthusiasm replaces the rose missing from her mouth.

You and your frightened silence, thinking I don’t understand.

And, the variation between being perfectly in key to wildly outside,

Well, it only becomes me.

Plow follows plough, sparks flying off steel striking asphalt. And, the eaves of roofs encoat themselves; burrowing beneath so much white that they bloom, blending seamlessly into the snow clouds of these days.

Salt and footprints on sidewalk. Heavy Snow Moon blood spills out white; and, even the strong trees lean out at strange angles.

A 20 year old tells me they are into metal.

I get excited; I listen to their modern faves.

They don’t sound like what I call metal. Too many synths, too much sing-song emoting.

Too much professional, production value.

I realize I am old.

I rattle off my favorite metal bands: categories include precision, stoner, speed, and prog metal.

They know none; but, they nod along politely.

The usual one comes up: aka Sex Pistols.

But, both of us are born American (proud or otherwise). I love Brit punk, but…

(I get exhausted with American’s thinking they need to get into Never Mind the Bollocks, Here’s the Sex Pistols to like punk.

(Hell, the very album name is too bloatedly British-speak for the American punk scene)

Talk about appropriating a cultural identity. We ain’t got no Queen. Find what resonates with your experience. That said…great album.)

So, I rattle off some names.

I ask if they know X.

They say, “There are a few bands called X.”

I say, “Yeah, but there is only one X; they are out of LA; and, their lead vocalist, Exene Cervenka is a badass bitch, just as obnoxious as that dick, John Joseph Lydon.”

“What’s the album title to look up?”

“The vinyl to buy is Los Angeles. The title is simply where they are. No commas needed.”

“First track: Your Phone’s Off The Hook, But You’re Not.”

“There’s a comma in that song title.”

“Yeah, but it’s just a song out of others contained in the album.”

“It’s about a landline being off the base?!”

“You mean a phone being off the receiver?”

And, I know I am old. But, enjoy being young enough to understand the importance of referring to a single individual as “they”, when they ask it of me.

It is cold; so, she finds slips of sunlight peeking through almost drawn curtains.

They hit her face.

She closes her eyes and watches the images burned inside her lids.

The sunlight is white; the residual image of the shape behind closed eyes is blue. 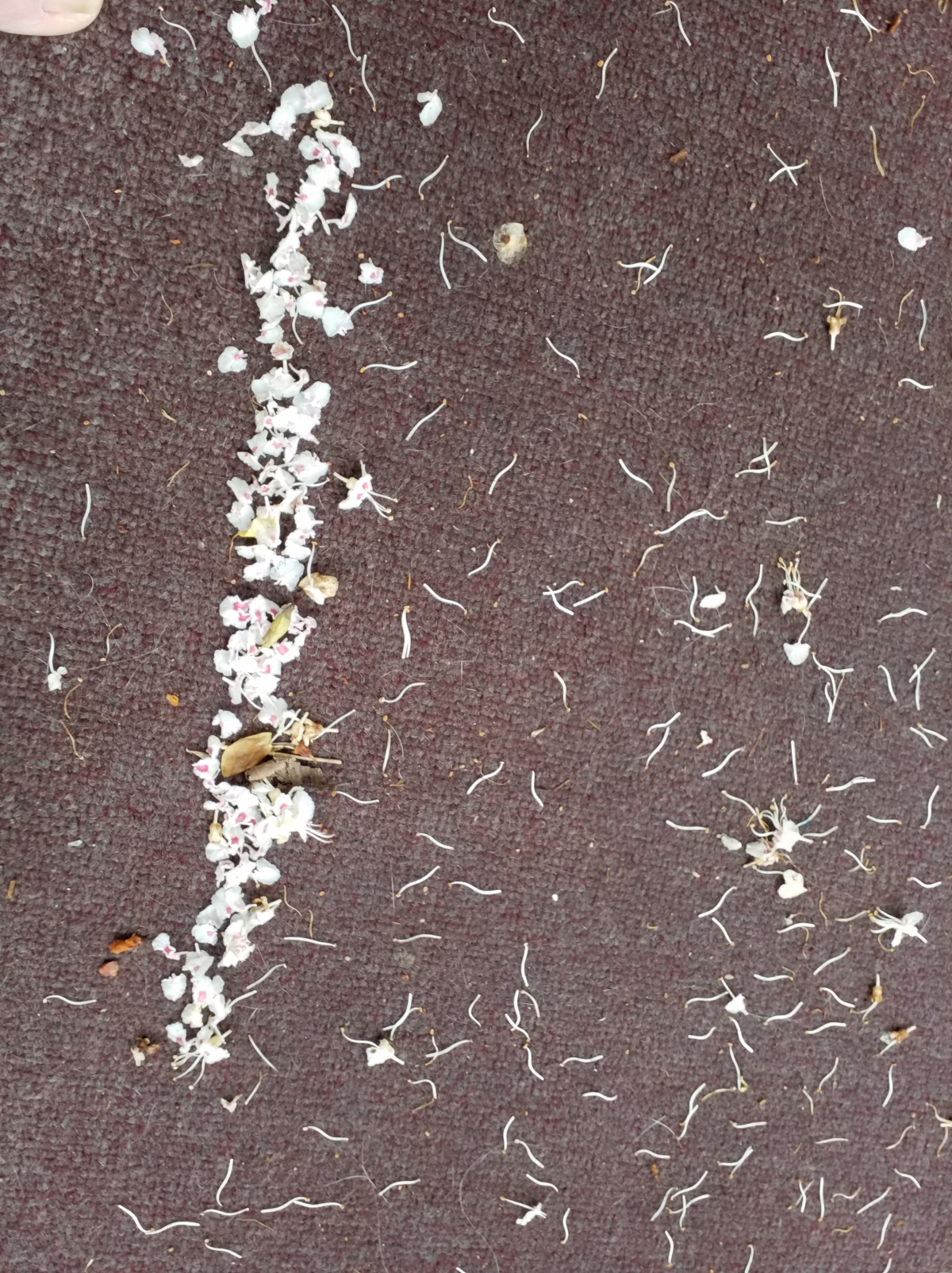 I’m ignored; therefore, I am not.

I think; therefore, I have been.

I’m most myself; therefore and by, am I unseen.

He hides his drink as well as his foundation masks ancient acne scars;

both masquerades given away when he blushes with girlish excitement at her boyish ferocity.

“They nearly named me Fanny,” she says.

She returns it with a lipful of smile.

The Undercutters launch into yet another cover. This time it is Waterloo Sunset; and, it’s fine.

The little muscles beneath my right eye tremble.

So subtle twas never felt until observed whilst looking into reflecting glass.

I a’stood staring at mine own reversed vizard.

Feeling my face through nerves and not with fingers of hands.

And, now I feel it happen oft.

Horn~mad in the high winds.

A Bacchante who is mænad at the mazy world.

Singing her palinode as does the philomel.

A truthsayer masquerading as a quacksalver.

The difference between a shallot and a purple onion is concentrated emotion.

And, the mustard seed suddenly makes a loud pop when wok

Man carries his skeleton against his spine.

Woman carries the unborn child toward her belly.

To rick up nine c(h)ords of good spruce.

The way to couch the light from the dark.

The epi-phenomenal of a collective unconscious.

Æ’s blood stains the page to remind what can be.

Vellum on skin helps the coagulation

of a paper cut.

With eyes burning like the Morning Star, She listens.

There are two men: one speaks.

“Be gone unruly female; for happy thou shalt not be.”

She smiles in kindness for one of the two hims.

For the other him, She also smiles: with both sets of teeth exposed.

Teeth bared as a baboon warning an unwelcome guest.

Similar expressions yet differentiated by the upper deck showing versus the same but with both decks apparent.

The most exhausting honesty: I lost my sympathy but not my empathy.

And, I’ve never found a satisfying answer to the question: what is the difference between picayune and jejune. If there is none, why do these redundancies exist?

Charmed at the thought of such irony. A redundancy of adjectives describing the simplistic, naive, and superficial.

In 1800’s Lousiana, a picayune was a small coin with a low monetary value.

Amusingly, both words (as popularized) possess a French origin. Furthering their redundant nature of describing the meaningless.

Ghost feeling at home by use of a long dead limbic system. A house to house the quickening of Spirit into Ghost. Like the iridescent, white glow from the young fruit of her tomatoes’ vines, whose sublimation precedes its red perfection over time.

And, the old gal in her late thirties looked like an ancient ballerina because she was one. In a previous life. By ballet standards, currently morbidly obese. By the urban standards of her previous Pac NW life, she was slightly overweight. In her new small-town New England home, shapely and well-fit.

The Mark moves in Its reckoning, as The Place relocates.

She supposed she’d always felt besmirched; though, she’s unsure why that particular word pops into mind.

She neuroadapted because she had seen heights. Once you’ve stood on The Mountain and suffered hypoxia, nothing compares.

“The far-off strange country belongs to me again, the alien has become home.”

The World rushes by the Old Gal. Going by in cars. Loud. Stinking. She walks while watching a fellow a few paces before her. Both pacing the Main Drag. Sidewalk parallel and abreast to lanes of traffic with their small-town trickle of a creek of very few cars. It is early and the population of The Mark of this time remains worms and not early birds.

It is a game of Red Light Stop & Green Light Go meets Peekaboo. He is passed by cars driving. The cars hit a stoplight. He hits the crosswalk button and changes the stoplight’s timing. He moves a block ahead of the motors. The light turns green. The cars move ahead of him; until, they are stopped by the next red light.

Progress happens a block at a time. Clicking towards the desired outcome. There is a tedious pleasure to precision.

And, the cars miss the smells. The aroma of lavender permeating from downtown.

She walks toward her place of employment and recalls that

“Parsifal shot the most dead swans from the sky; while strange elections went on underground. ”

What struck her was the force with which such strange thoughts shook her. From placidity to lucidity.

A Sky-Eyed. Her gift. A gift often confused as impediment. The Old Gal is a stop-gap. Better yet, she knows it. A normal gal whose cognition suddenly becomes a vessel for some-thing to use. She didn’t speak of it. It never turned malevolent. She just knew how to keep quiet, look unassuming, and listen. Like an antenna suddenly and silently cognizant. Listening, gathering information as it arrives. But, never transmitting its own message. Just amplifying others. In it she possesses Damocles’ sword. Despite never being an obsequious courtier in the court of Dionysus Two of Syracuse, she understood how a twitch of horse hair could end everything.

She had to live with it. Others, who didn’t, could fuck right off.

“It is certainly not an incurious question,” s/he replied.

“Then not we assuredly shan’t, shall we?” s/he asked.

“Well, we most certainly wilt not giggle as they purposely don’t roll their eyes, shan’t we?” s/he responded.

This exchange is followed by a blessed schism of silence;

and then, too quickly,

consumed by the loose jingle of someone dropping his/her last six pence. 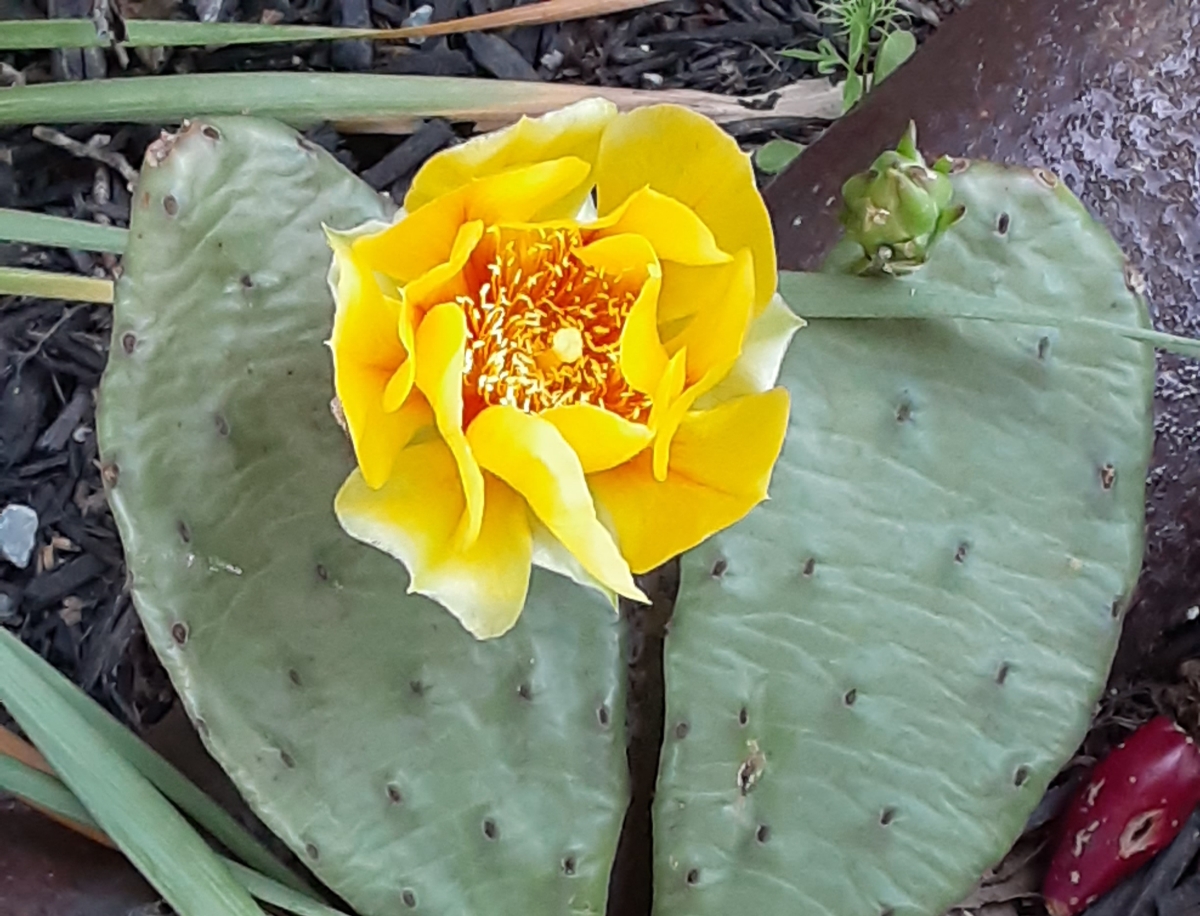 “Thermodynamics is explained by statistical mechanics,” just as my soul and body grow worn from being worn.

Stretching out and becoming more comfortable against my skin.

Soul soothing body, but only through use and over~time.

Denim jeans worn over and over, over time and spaces, until setting.

Conversely, “statistical mechanics can bypassed by talking at the level of thermodynamics.”

The same way I can ignore my tattered soul by wearing my favorite pair of jeans and suddenly feel whole without a whole lot of thinking.

Into the resolution of contrapuntal composition.

Quotes taken from Douglas Hofstadter’s I Am A Strange Loop

Sometimes, he whispers his secrets to me.

I tell him back, “I don’t think you abused alcohol; I think alcohol abused you.”

The logical recognition of your own irrationality.

When subjective empiricism of the senses defies sterile, abstracted, objectivity.

Life occurs in the Void; but, Life does not happen in a vaccum.

And, she knew she is a hedge witch only well after she became one.

Marking the universes in which she found herself, by the subtlest changes in her body.

The curves of her cheeks.

The way the words came amid the colors in which she feels. 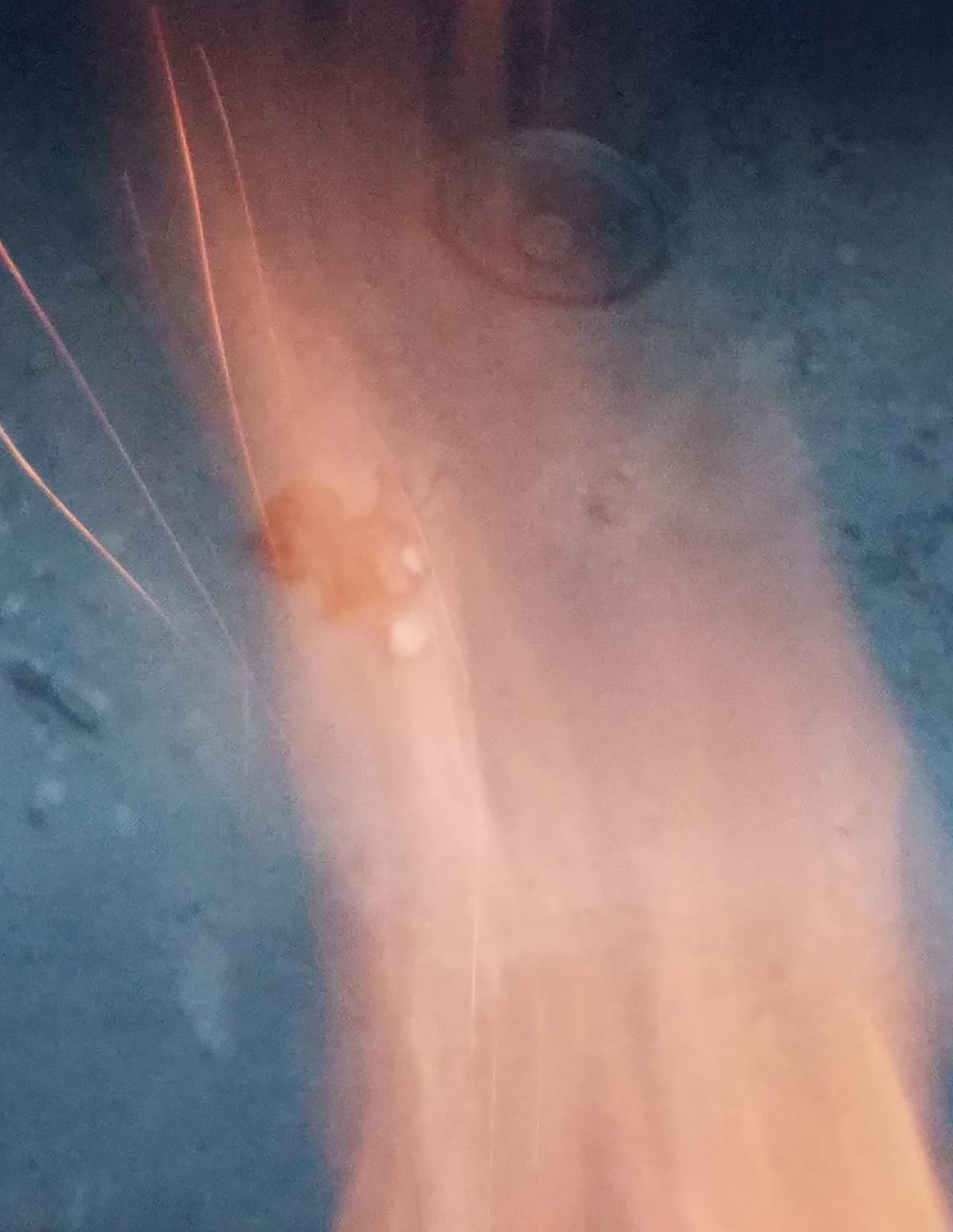 The Spirit/s move through all,

from the holy parishioner to the sad sot.

What of those who continued to play the game;

but, playing always when feeling even, just okay?

An entire generation strives to get outside, out of that experience wherein they were born.

Their offspring immediately work to get back in, sick of looking in from the outside.

This is a swing of Foucault’s pendulum.

I possess a strange notion that my undirected anger becomes me.

This is the place where no one goes.