The real price of your handbag involves multiple lives and wages of economies. Repair your brogues with a local cobbler, on the Main (sic. high) Street.

Crystal palaces aside dashes bisecting Eisenhower’s tar strips for the machines of some imagined war. The ones we drive and call highways. Four ways. Parallel, running lanes. Bits of varicose veins on this nation’s aging skin. The final passage of the Kon-Tiki, Ra Expeditions.

And, the cars passing by on the high road of the hilly bowl a’layed before the Sound, sound like currents running through macro-Boolean gates.

Use your best judgement.

I sit in reverie before an altered, candle flame.

Through my open windows, the sound of gravel ground under pedestrian boots crunches now and then. A honking car horn’s reassurance, echoing, as someone redundantly clicks a particular button affixed to a keychain.

The blast of a ferry foghorn. The doppleganging drone of the passing by train’s horn. These things sound like the call to the adytum of the temple.

I enjoy the world immediately around me, settling itself towards bed. Cars are little pups, turning circles til all tired out. A slowly descending cacophony.

The difference between darkness and the absence of light.

I consider the chartreuse evening and imagine you toiling the earth, tilling, to sow your seed

beneath the pylon of the pit.

Because we are perceivers, that is why?

There is only causation because we create it?

We created the Why?

We have an inborn propensity to see causation. We attribute our perceptions to external causes, but some perceptual representations are internal, for instance, optical illusions.

[Consciousness] is an evolved user-illusion, a system of virtual machines.

David C. Dennett. The Evolution of Minds: from bacteria to Bach. 2017

The voice of knowledge wants to know what everything means, to interpret everything that happens in our lives. 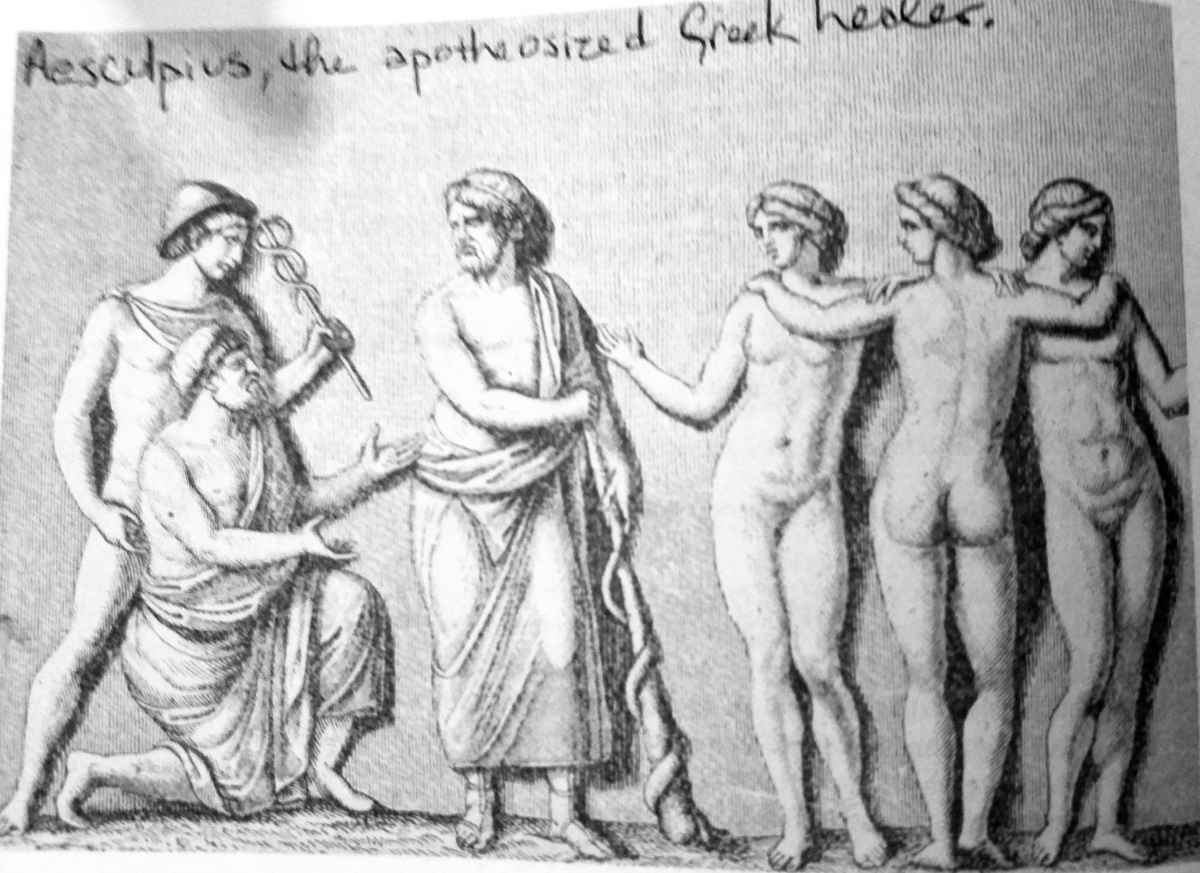 A song of science. 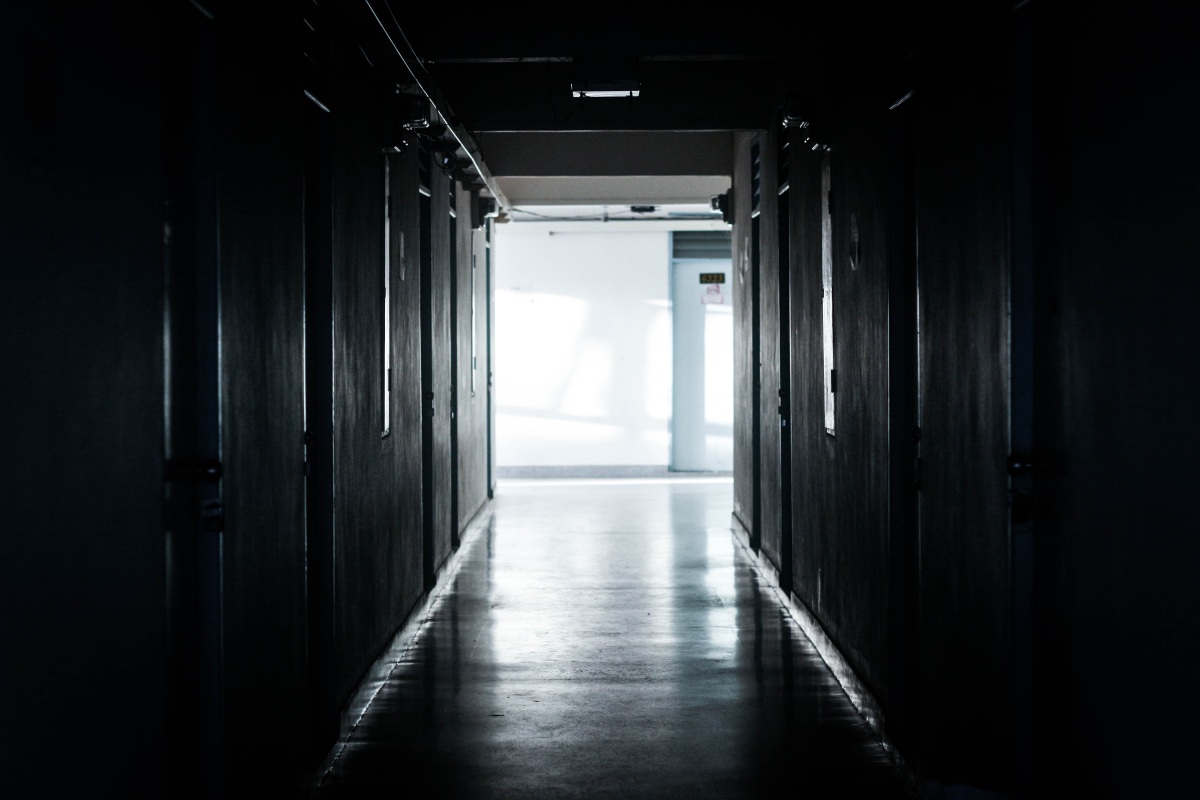 Interesting piece very relevant to the cultural elephant in the room (at least in America). This elephant also relates to the popular perception that a scientific and a religous belief perspective are mutually exclusive.

Lots to unpack but highlights include:

“[Grey] uses paradox not just for rhetorical effect but to a philosophical end.”

“no such thing as secularism”

The idea that religion is born from a fundamental need to make meaning.

The author suggests religion is irreplacable in our meaning making process.

I propose extending this more broadly: culture is irreplacable and religion is a social structure of culture. This is consistent with the authors’ arguements.

While categorization is reductionist at times, the breakdown of ‘types’ of atheists is appropriate and beneficial to the big picture “layman” discussion.

“Atheist” and “scientist” have become confused as synonomous. “Atheist” is largely a stigma in many local American communities. If you believe this is irrelevant to the endeavor of science, please consider public school textbooks and science. Evolution is less frequently taught (in the South, at least), then cited as theory and then discredited.

Why? Because text book order demand stems from state boards of education.

Please check The Revisionaries, a documentary demonstratig this process.

Dont own rights, but iggy owns rights to US punk verbe.

This has been reincarnated, to my limited experience, twice ( ala Michael Hutchence < of INXS, RIP > and the miraculous Deftones and MJK).

Listen to this track on great headphones and hear so much additional quintessence.

Why does this Harvard mathematician say that science is built upon the axiom “0 exists”? by Joshua Engel https://www.quora.com/Why-does-this-Harvard-mathematician-say-that-science-is-built-upon-the-axiom-0-exists/answer/Joshua-Engel?ch=99&share=e5b9759c&srid=CWTwk

I do the words and let others do the math, generally speaking.

So , I appreciate those that can communicate numbers into words.

Words should still not be considered second to numbers.

It’s not a competition, to say the absolute least.

Do not own rights, just paying mad homage.

Many have done Proud Mary but few compare to this reinterpretation.

What did I remember that I had prior forgot; &, upon thinking “hey-don’t forget – “, immediately then forgot? 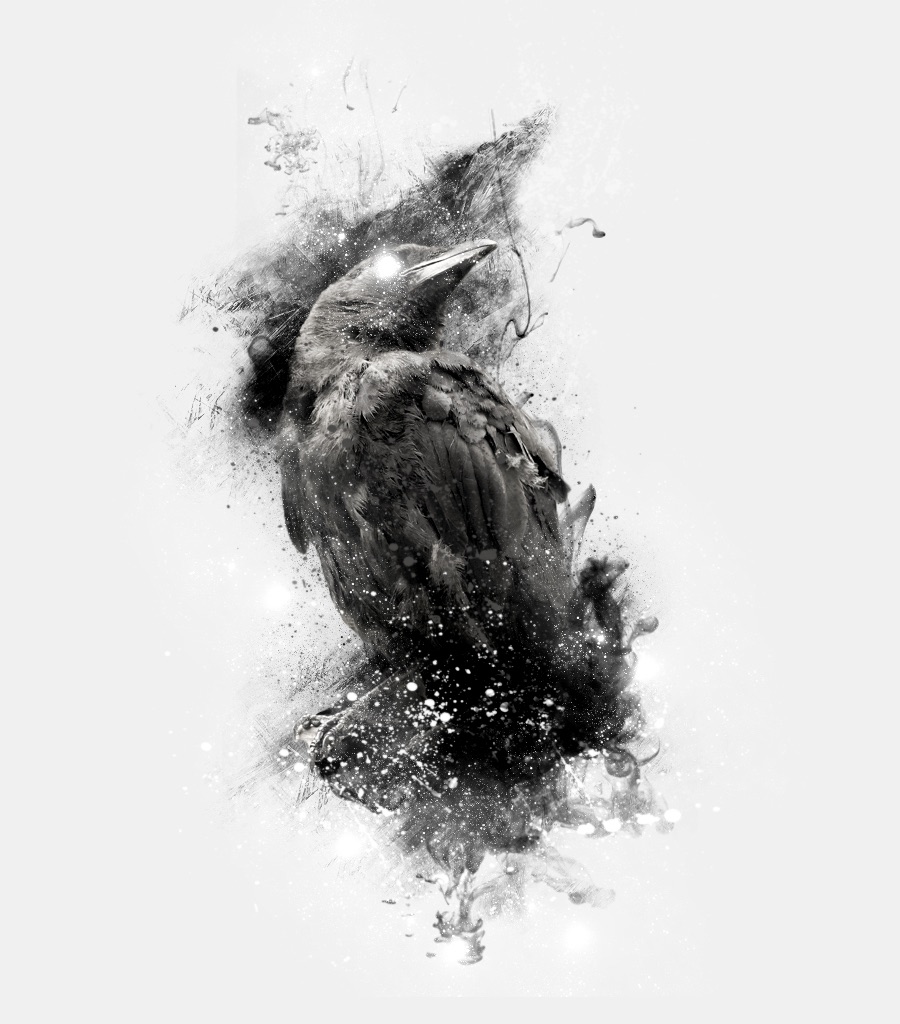 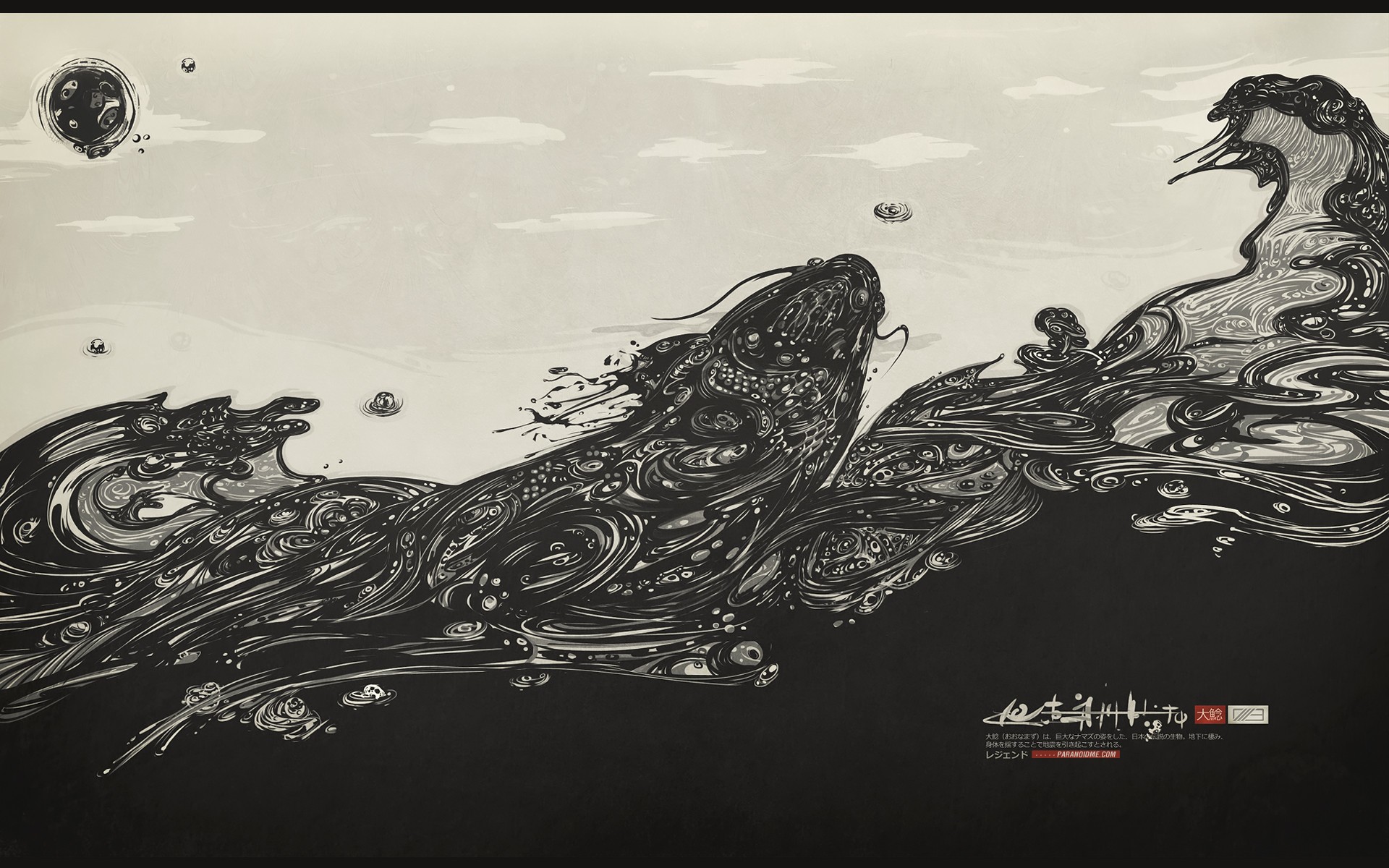 The radical cultural relativism popular in contemporary anthropological thought presupposes that cultures are incommensurable* with one another.  On one level, this is true, on a higher level, it is a truism–they are still both ‘cultures.’  Cultures, as considered here, is a fundamental psychological mechanism that is included in the homo sapiens adaptive package.

This is not a reductionist call to arms.  By reference to biology and physics, we anchor the human experiences to the same weight–we do so with awareness of the western biomedical paradigm which we in the western sciences use to see–we do not do so to reduce the human experiences to the same end or to the sum of their parts, as much as out of respect to those who would be upset were not to acknowledge our own self-awareness (I find this practice tedious and unnecessary, but I am pliable).

The elegance of anthropology is not to be found in the creation of axiomatic laws of culture nor can it be found with long-winded diatribes that can appear to be little more than an appeal to authority–not a legitimate data source.

Its elegance lies in its ability to elucidate the unseen and unseeable veil of the unknown and the unknowable.  It is the notion of experiencing that meta-pattern which is the epi-phenomenon of our actions and thoughts and their innumerable interactions and influences.  “Except in pure mathematics, nothing is known for certain (although much is certainly false).”(Sagan)

To tack the discussion back towards something more tangible, there exists a black and white distinction within the hard sciences in regards to what is scientific and what, conversely, is not scientific: does it meet the standards of the scientific method (is it repeatable, is it measurable?)  Yes or no?

“Science invites us to let the facts in, even when they don’t conform to our preconceptions.”(Sagan, a candle in the dark). 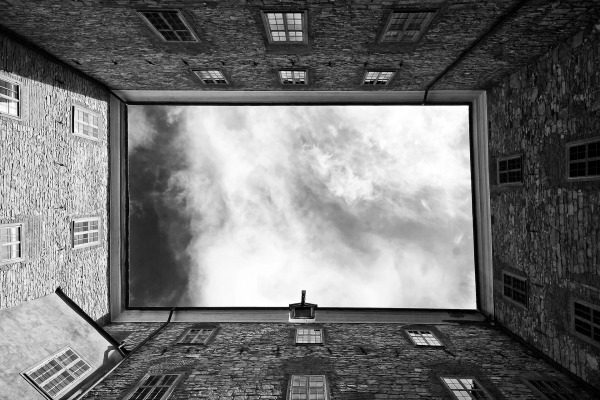 Whereas a biologist can confidently announce, ‘yes, this is so’ (assuming proper lab conditions and standards); a social ‘scientist’ cannot.  A social scientist has reservations and restrictions: about the repeatability of the experiment and the repeatability of the experiment’s environment, about phantom variables that may not have been controlled for, about the success of maintaining objectivity during methodology.

The biologist’s evidence is ‘scientific’ by definition and thus the biologist’s conclusions are sure-footed, so to speak (even if they are not directly on the bull’s eye).  The social scientist’s evidence is ‘take my word for it’ or ‘you had to be there’ (i.e. others have no way to verify the data or methodology and thus the social scientist’s conclusions are grasping at straws (even if the analogies appear to be commonsense).

(2)  The heart of what this blog tries to get at directly reduces to the phenomenon of a priori reasoning. Many physicists, especially of the theoretical persuasion, use a priori reasoning and only afterward design and perform an experiment.  But when social scientists, particularly anthropologists, use a priori reasoning they construct a paradigm or viewpoint, a perspective, from which they will watch the experiment as it unfolds.  What they see and what they do not see will be determined by this a priori explanatory paradigmatic scaffolding.  When someone later on questions this constructed meaning-making paradigm, you can point to the experiment; but, what has happened is a self-fulfilling prophecy.

You decide what “culture” means scientifically, measurably, precisely, and consistently.  To prove this definition you cite the experiment you performed using your personal or externally referenced paradigm of what culture is.  But, your experimental evidence does not confirm or support your paradigm necessarily, it reflects the assumptions you made before you even began experimenting.  You did not really learn anything, you saw what you set out to see.

I owe some references here and will cite sources shortly.

Certainly a dog has more self-awareness than do insects.

A dog displays a sense of self during interactions with a dog pack. A hierarchy exists within a pack and every member knows its position. For this to occur, the dog must have an awareness of things existing outside and independent of itself. The dog must also conceptualize its life relative to the lives of other dogs.

A dog adjusts its own behavior in response to the behavior of another dog. The two dogs are working together. They are aware of their own existence and the existence of others.

The rules of the pack hierarchy are tacitly accepted, known, and enforced by all members of the pack. The dogs create something appearing quite similar to a little society-a system of interactions collectively conspiring to create a greater likelihood of survival and reproduction than pack members could expect were they to live alone.

Dogs seem to have selves because cooperation has been/is selected for in the milieus within which dogs exist/ed. A dog does not have the faculty or facility for language, nor does it have an opposable thumb. These are two things possessed by humans alone. These are two things making us unique. Yet still, the self-awareness of dogs seems of a different substance than your, mine and everyone else’s self-awareness.

I assert self-awareness is a condition required of mammals. I assert self-consciousness is a phenomenon separate from consciousness (i need to define consciousness here). I assert that humans are the sole possessors of consciousness but that this is and always has been subject to change. I proclaim self-awareness and its interactions with the reality in which it finds itself produced the conditions under which consciousness could arise. I say human consciousness is the evolutionary product of self-awareness experiencing reality through sensory organs. Further, it was these interactions occurring within the valleys and peaks of a very, particular fitness landscape and that these interactions, over time, created a milieu in which it was advantageous to have a more refined and intuitive awareness of self and the local environment. By advantageous, I mean, a more sophisticated self-awareness created more opportunities for survival until a reproductive age, more opportunities to reproduce at that age, and a better ability to ensure the survival and health of offspring until they grew.

I proclaim that self-awareness enabled society. But it was the complex system of interactions occurring between and among the social structures of a society and the humans whose interactions make up that society, which selected for the phenomenon which we call human consciousness.