Do not own rights, just paying mad homage.

Many have done Proud Mary but few compare to this reinterpretation.

Who is not guilty.

As soon as I accuse I am guilty.

Your dispassionate acknowledgement aches as much as that I aver myself to you in dispassion, presumeably.

What are we to make of this?, says the hardworking young lady who only recently became vested.

Here in our position. Do we care?

But what would they know of us, anywazy.

They would know what we allowed and told.

Because as beautiful nobodies, we dodge gazes but come together in verbal symetry. 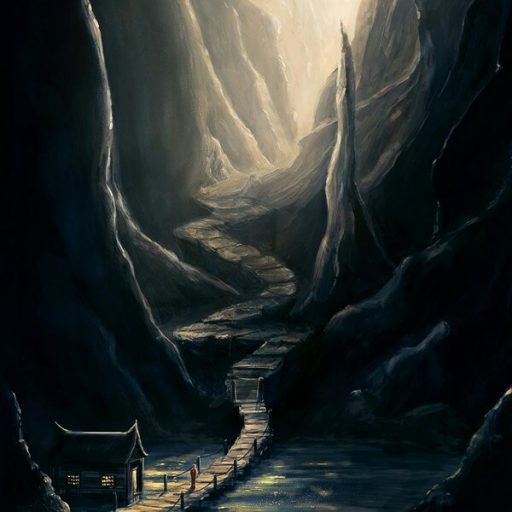 Sure it burns, but so do embers, Roman candles and other superficial pains.

Seeking friction. Yet surprised upon finding that sought. Defamiliatization appears as though thru the lens of new prescription lenses.

What once was adequate is now questionably so.

Who is the knower and how can they confidently say so?

Psychologists deal with the slippery subject of mental states. Now, your general practitioner, who you see for your annual physical check up, can flirt with the treatment of mental states. She or he may prescribe you something for low-level anxiety or sleep but they generally only provide medication or a referral.

That is the standard physician approach: there is a tangible thing presented as the probable solution for any given health concen–medication to produce chemical changes within the body;  an incision to physically pluck the ailment from the body;  a replacement for a broken part, a lung transplant, for instance.  A general practicier, however, cannot help with that root canal you’ve been ignoring.

Human bodies are complicated meat sacks with numerous systems, pieces of anatomy, sensory receptor devices like eyes or tongues,  and organs that keep it all going. So we see specialization (dentistry, gynocology, surgery, etc) and even specialized specialization (neurosurgeon, pediatrist, optometrist, etc).

Yet. those specialities related to mental wellness appear idiosyncratic in regards to both the doctor-patient relationship and the standards & management of patient care. Namely, the coordination of medication with therapeutic treatment sessions.
Historically, health praticicioners and society referred to mentally unwell folks as mental defectives, demonically possessed, undesirable, prophets, lazy, feeble-minded, and genetically undesirable

I can see a hairline fracture with x-ray technology and I can see lab results produced by the scientific testing of my bodily fluids, and the report advises the lab discerned a virus had invaded my system,accounting for my aches and pains.I cannot see Post Traumatic Syndrome; I can take someone’s blood pressure, I cannot quantitatively measure someone’s level of depression.

Perhaps this is why we feel the need to distinguish between ‘physical’ malady and ‘mental’ malady in the first place, as opposed to just calling all illnesses ‘illness.’

The connections wired throughout the physical brain, create a self and this self experiences the surrounding reality to the extent that the physical body remains in its proper working condition (good health).

The symptoms of mental maladies manifest via our behaviors in the way that  anatomical and physiological maladies present in the body’s various organ systems.

Perhaps we cannot shake the idea that physical sickness is largely outside of a person’s control.  If my appendix ruptures I cannot will it back together again, nor would anyone in their right mind expect me to be able to do so.

However, what if I won’t go to work because I believe an evil elf lives inside my mailbox and will kill me if I walk by it? Do you expect me to will myself to ‘get over it?’  If my sense of reality has ruptured somewhere within my perceiving mind am I anymore capable of willing it back together than I was capable of willing my appendix back together?

It is almost as though some area of my mind I am generally unaware of on a day to day basis is taking control over ‘me’ or whatever you call that perceiver who examines the thoughts of the mind and chooses which to act on, which to ignore, which to believe, etc.  Think of autoimmune diseases whereby an afflicted individual’s immune system begins to attack good, healthy cells.  Here an evolved physiological system goes haywire and attacks that which gives it being and existence in the first place.

Similarly, the mind can go haywire, and attack the mental state of the self.  Having an appendectomy is an acceptable reason to take leave from work and family and to rest and heal.  Taking these same allowances while working past the evil mailbox troll (with all it’s panic attack inducing, odd behavior causing, work/family missing consequences) until I no longer suffer from its alleged influence is a much harder sell to make to the rest of society at large.  The idea of allowing people to openly profess and work through their own mental delusions does not always sit well with the rest of our cultural compadres.

This mental, existential type of malady requires a certain amount of comfort with the idea that we are not always in control of our minds that society, by virtue of it being society, cannot accept.  Society forces us to constantly be in control of our minds. We pick up and send out cues to signal and follow other cues and behaviors such that our many independent parts become something larger than the sum of ourselves.  Collectively we are one of Douglas Hofstadter’s ‘epiphenomena.’

Society’s existence requires the creation of, learning of, and obeying of accepted rules.  These rules inform our mind in various situations, and we remember past situations which required us to follow these same rules and we use those memories to guide us to appropriately follow the rules this time, too.  Thus society sets up a framework through which we can perceive others in relation to ourselves.  More accurately, it is a system that allows us to see ourselves by juxtaposing your self against other selves, seeing your own idiosyncratic mind reveal itself in contrast to the minds of others , and we glimpse within those other minds that we can never open up and look inside.  Thus society gives us a framework with which to perceive ourselves as individuals creating something bigger than our individual selves.

The idea that the mind could, at anytime,  take that socially learned framework and distort it, terrifies and undermines society’s teleological purpose, which is to bring order to chaos.  So society has a vested interest in defining what is real and what is not; what is expected and what is unacceptable; what a normal brain is and what a disordered brain is.  But perhaps there is no such thing as a normal brain.  We must be careful not to confuse the demands of society on an individual’s mind with the demands of natural selection or misfortune on an individual’s brain.